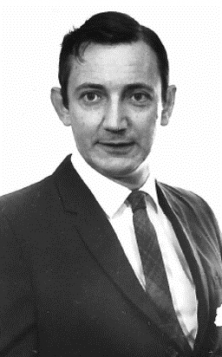 The ElectroScience Lab (ESL) family, alumni and friends are saddened by the passing of Ross Caldecott on March 10, 2017. He was a Researcher at ESL for 44 years, before retiring in 2002 as a Research Scientist Emeritus.

Ross Caldecott was born in Rosett, Wales in 1930. He received the B.S. degree in Math and Physics from the University of London, England in 1950. Following two years of service with the British Army as an Instructor, he joined staff of E.M.I. Electronics, England in 1952 where he worked as an Electronics Engineer on microwave antennas and telemetry systems. He joined ESL in 1958 as a Research Associate where his initial work at ESL consisted mainly of the design of special instrumentation for use in the high-speed recording of radar echo patterns and in propagation studies in connection with artificial satellites. Through his career at ESL he devoted his time to study antenna noise in communication systems, leading to new design techniques and variety of problems associated with the plasma sheath surrounding hypersonic vehicles. In 1970s he worked on the design of high performance horn antennas for use in radiometer systems with the goal of optimizing beam performance by improvement of beam efficiency and reduction of reflection and resistive losses. In 1982 he received Best Paper Award from IEEE Power Engineering Society, for the paper he co-authored with Stephen Sebo on "Scale Model Studies of A.C. Substation Electric Fields". Before his retirement Ross Caldecott focused on modeling of high voltage systems, real-time use of computers for control and data taking in experiments and the application of impulse-radar for underground mapping.