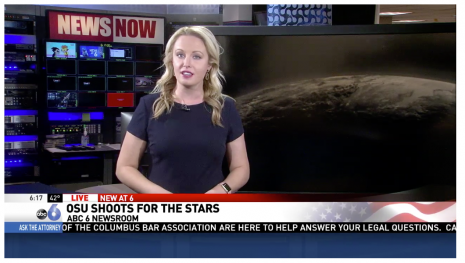 COLUMBUS, Ohio (WSYX/WTTE) — You may remember seeing high resolution images of Pluto in recent months. In 2015, a space craft called New Horizons made the first ever flyby of the faraway dwarf planet, and now that same space craft has made history again with some help from a piece of buckeye technology.

At 12:33 a.m. New Year's Day, history was made 4 billion miles away, when New Horizons flew by the most distant object ever visited.

New Horizons conducted a flyby of Ultima Thule, an object believed to be as old as the beginning of our solar system that’s located one billion miles beyond Pluto. The first images of the mysterious object were sent back via a high gain antenna partially designed, constructed, and tested in a special room called an anechoic chamber at Ohio State.

"It was on the front page of the New York Times just over the weekend, so when you see the picture of the antenna that used to sit up on that pedestal that's really exciting," adds Ridgway, "and ties it all together for us."

The first images have been long in the making. The work to get the antenna ready for space began back in 2002 by Ohio State alumnus and researchers. 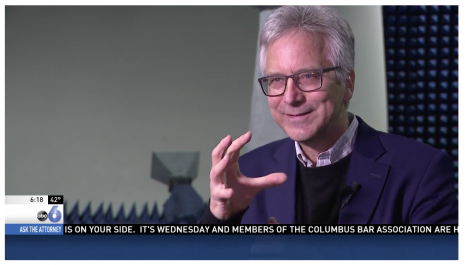 "This electroscience lab has really been a leader in the country on electromagnetics, so it's fun to see Ohio State being recognized for it's small contribution to this exciting trip," Ridgway said.

New Horizons launched into space in 2006, traveling for nine and a half years to Pluto, before making its journey into the faraway Kuiper Belt near Neptune.

"We who work in the field of electromagnetics like to see the importance of an antenna," says Ridgway. "Things that we normally take for granted, but in something like this, that information wouldn't be back here."

The antenna will broadcast high resolution images that will arrive on earth about 20 months from now. In the meantime, Ohio State will celebrate the historic space flight.

"When they see something that makes the big news, it's exciting for them," Ridgway said about the students and faculty.

From purpose to impact