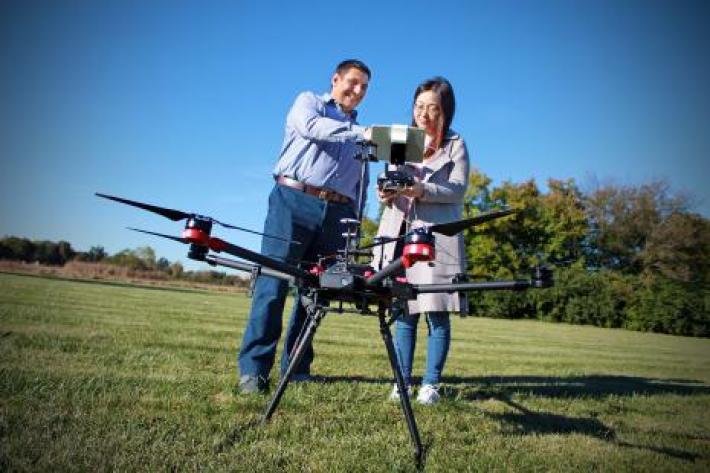 “They won’t spot us,” the hero jet pilot says calmly. “We’re going under the radar.”

The aircraft nosedives toward the ocean below. The co-pilot grabs the dashboard in fright.

Meanwhile, back at enemy headquarters, the blip of light tracking their aircraft disappears from the radar screen.

“We lost him, sir!” the enemy dispatcher shouts, banging the table with his fist.

It’s a scene right out of any Hollywood action film – although, it turns out, not that scientifically sound in most coastal and marine environments.

Watch a short video interview with Yardim and his team

Çağlar Yardim is an assistant research professor at The Ohio State University, specializing in low atmospheric conditions through remote sensing and applied signal processing. Based out of the ElectroScience Lab on Kinnear Road, he also directs the Atmospheric & Oceanographic Electromagnetics and Marine Systems Laboratory (ATOM).

In other words, Yardim helps ensure “flying under the radar” remains a trick of the past. He recently earned a $510,000 Office of Naval Research Young Investigator Award for his research proposal, “Multiple Grazing Angle Electromagnetic Propagation and Scattering in Non-Standard Atmosphere Marine Meteorology and Space Program,” under the Marine Meteorology and Space Program.

The research has taken his team to many interesting locations over the years, with the goal of improving communication systems, weather prediction models and Earth science technologies through electromagnetics.

For Ohio State Ph.D. student Luyao Xu, the lure of doing research and living on a ship in the middle of the ocean for months at a time was too strong to pass up. She is a graduate research associate at ESL and part of Yardim’s research team at ATOM Lab.

Xu said, “When I first came to Çağlar, he told me there was a chance we could all go outside and stay on the sea for months or so, and we could stay on a ship forever and never get back to the land. I said, ‘That’s awesome. I want to do that.’”

Yardim said her focus as a team member is solid.

“She carries things, builds hardware and loves going to experimentation,” he said.

Their data helps improve battlefield awareness, electromagnetic propagation models, understanding of lower atmospheric processes and air-sea interactions, as well as weather prediction codes for not only military use, but the local weatherperson as well.

“When we were doing our experimentation off the coast of California in 2018, the first day we had a very strong atmospheric duct from the Santa Anna winds and I could Facetime with my parents at 45 kilometers away from the shore,” Yardim said. “The next day, the atmospheric conditions completely flipped and we lost our entire cellphone coverage within 5 kilometers of the shore.” 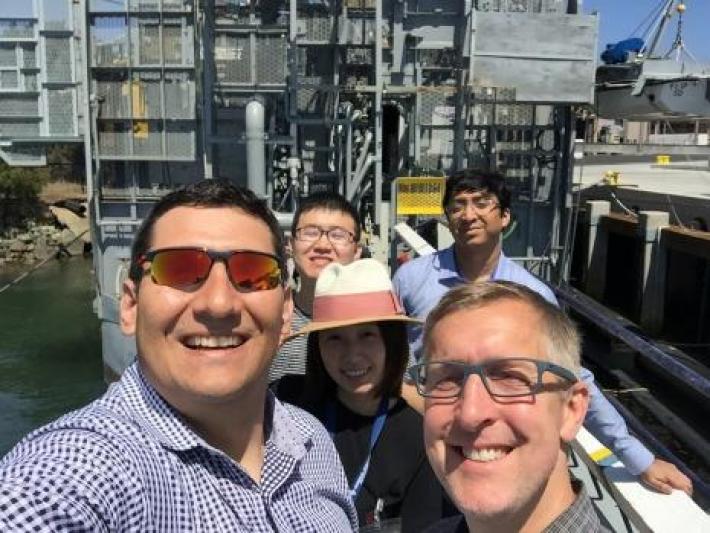 He said finding a sense of stability between radio wave reception and atmospheric conditions is key. The ATOM team measures the variations of refractivity in the atmosphere. Right above the sea surface, these variations cause the propagating radar communication signal to bend toward the Earth’s surface, effectively trapping the signal in what is called an atmospheric duct.

That’s why the concept of jet pilots flying close to the ocean without knowing the ducting conditions to avoid radar detection is a source of amusement for Yardim.

“Flying inside the duct, where most enemy radar signals are trapped, is the last place you want to be, because the radar’s detection range could easily have extended fivefold,” he said. “You want to fly right above the duct, not inside the duct. That’s why battlefield awareness is indispensable for the Navy."

With prior ONR funding, Yardim and his team developed the Lower Atmospheric Propagation System, or LATPROP, to measure electromagnetic signals under non-standard atmospheric conditions and remote sensing of atmospheric refractivity.

LATPROP has three components. The first, LATPROP-UWB, is a 2-40 GHz ultrawideband propagation loss measurement system deployed from research vessels off the east and west coast. The second is a heavily modified commercial marine radar system that basically turns a fisherman’s radar into a coherent-on-receive software defined 25 kW real-time research radar, with a high-gain 10-foot diameter dish antenna. The third is a drone developed to carry electromagnetic and meteorological payloads to measure the lower atmosphere, ocean surface conditions and electromagnetic signals simultaneously. 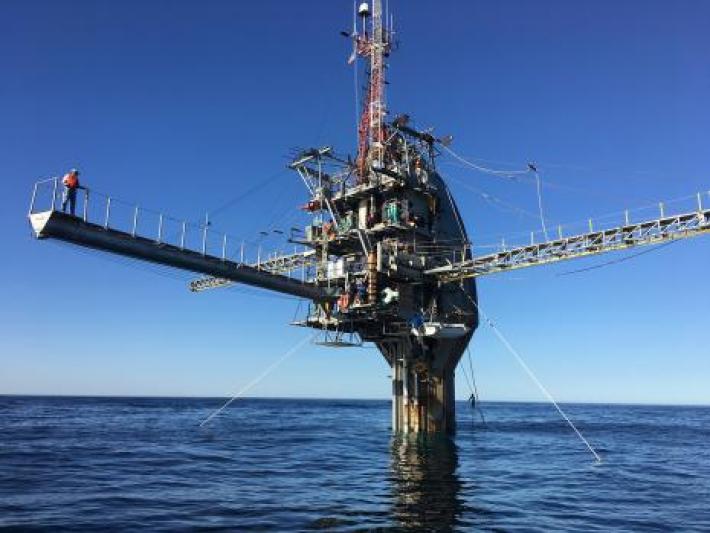 Yardim and his team were based off the coast of Malibu on a research platform designed to flip from horizontal to vertical, with its stern 300 feet below the surface, providing a stable vessel for testing between shore and their location 50 kilometers out at sea. Other research boats, autonomous underwater vehicles, shore-based systems and aircraft traveled in between to gather simultaneous atmospheric/oceanographic and electromagnetic data.

“Essentially, so we could measure the entire column, all the way from the bottom of the water to the upper atmosphere,” he said.

This is a big task, he said, requiring collaboration between meteorologists, oceanographers, experts from various engineering fields to fully understand the science behind it all.

Working in this realm of science, he said, makes him appreciate teamwork.

“One of the big advantages of working at the ElectroScience Lab is you can just go knock on the door of somebody. You can talk to them and learn,” he said. “That was one of the big incentives for me coming to Ohio State. The really incredible working environment and the know-how that has been accumulated at ESL over the decades.”