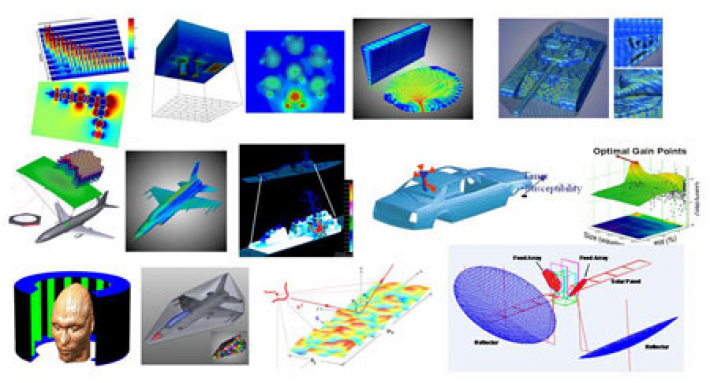 We do it all in ESL: Integral Equations, Finite Methods, and High-Frequency Techniques.

A diverse range of applications including:

ESL is well-known for its numerous breakthroughs in advanced finite element and finite difference techniques, including:

Recent areas of research in high-frequency methods such as the Geometric Theory of Diffraction (GTD) and its Uniform extension (UTD) include the development of new diffraction coefficients that permits the GTD to be applicable to a wider variety of perfectly conducting and material structures. The applications include:

Gaussian beams are being studied to replace the rays of conventional GTD in order to obtain more accurate and efficient solutions. In addition, time-domain GTD is being developed for its importance in such areas as short pulse radar and remote sensing.

Gaussian beam analysis/synthesis and hybrid UTD-Method of Moments techniques developed at the ESL have increased analysis speed and accuracy for:

ESL is working with Applied EM, Inc., to develop a UTD code for analyzing antennas on CAD geometries. uCAST traces geometrical optics, diffracted, and surface rays over faceted surfaces and computes the antenna radiation using UTD formulas. The individual rays give physical insight into how the platform affects the antenna pattern.

Parabolic equation approximation to the wave equation is studied for over-the-ocean propagation for naval and  ship-based applications.