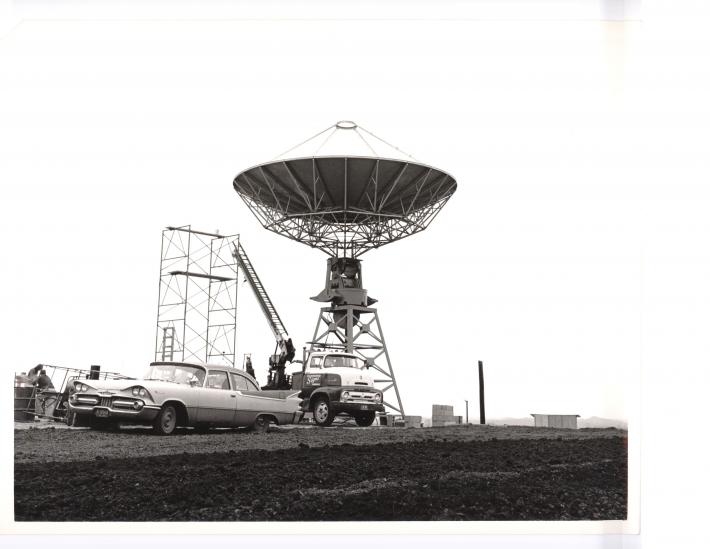 The ElectroScience Laboratory began as the Antenna Laboratory in 1941 when Prof. W. L. Everitt invented a new model measurement technique for aircraft antennas. When Prof. Everitt accepted a war-time assignment in Washington, responsibility for the project was assumed by George Sinclair, a graduate student who supervised up to 50 employees until his departure in 1946. In 1948, Prof. Vic Rumsey became the Lab Supervisor; under Rumsey and subsequent Directors, the research activities of the Laboratory were diversified to include almost any activity related to electromagnetics. The name ElectroScience Laboratory (ESL) was adopted under director Prof. Curt Levis in 1967 to reflect this broader scope.

In the 1960s to 1970s, numerical techniques were increasing in importance and were intensely researched at ESL. The Geometrical Theory of Diffraction was also a priority topic and was enhanced at ESL to achieve the Uniform Theory of Diffraction. ESL was at the forefront of the first applications of numerical and high-frequency methods for electromagnetics and continues to lead research into new and efficient techniques.

Although studies of scattering for radar applications began in the early days of the Lab, ESL improvements in computational methods allowed revolutionary advances in topics such as stealth design and RCS modeling of aircraft. These studies propelled ESL to the forefront of RF and antenna measurement technologies in order to verify the performance of ESL predictions. Increased RF and radar system design projects resulted, including projects related to ground penetrating radar in the 1980s. The ESL compact range facility remains one of the finest in the world for antenna measurements, and numerous current projects continue the tradition of designing new RF system and measurement technologies.

Other early topics that have seeded present projects include:

View a more detailed history of the laboratory written by Prof. Leon Peters Jr. and a slide show of our historical events (Adobe Reader is required).

A visual timeline of our historical events can be found below, or find a more detailed timeline here.